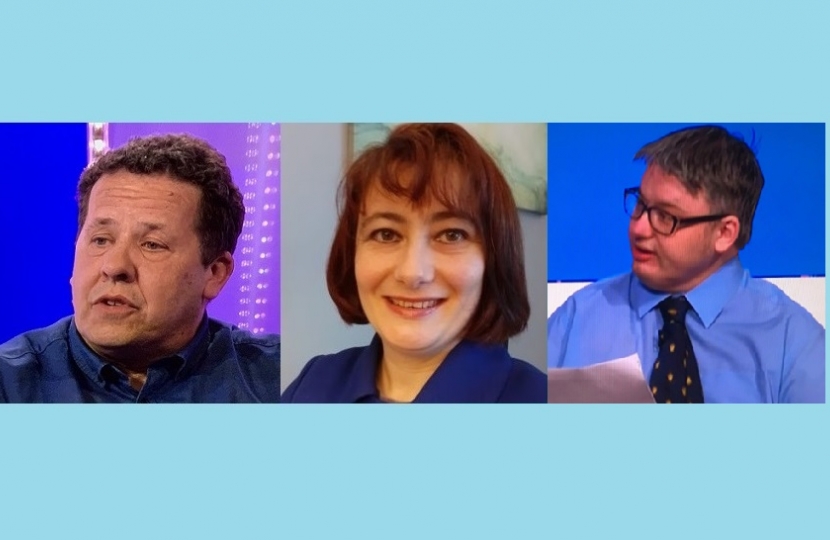 The CDG's Policy Forum will be discussing the Conservative Policy Forum's discussion paper on: Infrastructure, Investment and Devolution with special guest: Chris Wood, the Founder of Flying Disabled. The event will be Chaired by Michelle Lowe, Policy Lead for the CDG.

The discussion will focus on how we can use investment in our national infrastructure - included airports and other areas of public transport - to make sure it is more accessible for disabled people and their families and carers.

About Michelle Lowe (Chair) - Michelle joined the CDG's Executive in March 2020 and is the lead for Policy issues and development. She is particularly interested in widening opportunities in society for disabled people. Michelle first became aware of the challenges disabled people face from the experiences of her mum who has an invisible disability. Michelle is also the former Cabinet Member for Housing and Health at Sevenoaks District Council and served on the Council for many years, including as the Deputy Leader. During her time as a District Councillor she worked to make the area more accessible for disabled people and their families and carers. In the 2017 General Election she stood as the Conservative Parliamentary Candidate for the Coventry South constituency, and in 2015 in the Coventry North East constituency. Follow Michelle on on Twitter: @MichelleLowe14

About Chris Wood - Founder of Flying Disabled - Chris is a single father to two disabled young adults. They are both now in their twenties, his son is studying sports journalism at University and his daughter is starting to create her own business. They both have an undiagnosed condition, as such they live their life in a power wheelchair. Additionally, they are both non-verbal, however, they use communication aids to converse and navigate their way around life.

Today’s modern world offers them opportunities that their past contemporaries never had, indeed it is those very people that have made their world better. Today the world is still in many ways difficult for them and their colleagues to navigate, but there are now more voices to improve this. His experiences of using air travel with them has been very difficult, hence why he is here. A few years ago, when travelling with his daughter to Mexico he simply scratched my head as to why land and sea have adapted, created inclusion and consequently a financial benefit. Yet when travelling by air in a wheelchair it is both unsafe and undignified. A simple few hours of research revealed he was not on his own. His campaign is about creating a positive structure and a road to establish a solution. He does not believe that telling an industry how bad they are ever works.

He has previously run his own company and been involved in committees and quango’s in varying formats, these range from Consumer Finance to the Football Association. Over the years he has had some minor media experiences and has also written content/stories for niche magazines and periodicals. Chris is also a member of the Civil Aviation Authority (CAA)  Access to Air Travel Advisory Group and a member of Heathrow Airport's Access Advisory Group. Follow Chris on Twitter: @flyingdisabled

About Cllr Charles Fifield - Charles is a Conservative Councillor for Weaver & Cuddington Ward of Cheshire West & Chester Borough Council. By profession he is a Chartered Surveyor, working in Commercial Property, as a Registered Valuer and Estate Agent which brings him into contact with small & medium employers, start up businesses, Landlords and Tenants.

Charles has FSH muscular dystrophy, whilst he can still walk unaided, he does use a wheelchair from time to time and needs to be careful not to stand for too long. He is very interested in disability issues, and following his election to Cheshire West & Chester Council in 2011, he helped establish their Corporate Disability Access Forum in 2013, which he served as Chairman until 2015 and is now the Vice Chairman. The purpose of CDAF is to allow disabled people the opportunity to be consulted regarding major regeneration and development schemes across West Cheshire. CDAF won the Accessible Britain Challenge Awards in 2015 and Charles narrated the Council’s CDAF 2015 submission. CDAF’s work was also an important factor in Chester winning the European Access City Award in European Access City 2016.

Charles also Chaired his Council’s Town & City Centre Working Group committee in 2013/14 which looked into changing patterns on the High Street, which has been re-established again and will also be looking into the future for post “Lock-down” High Street.  He was a reserve member of Cheshire West’s Planning Committee from 2011 and has been a full member since 2019.

Charles is involved with the Conservative Disability Group and has been a panel at their fringe events at the 2019 and 2018 Party Conferences. In 2018 he also spoke on the main Conservative Party Conference Platform. For more information follow Charles on Twitter at @charlesfifield or visit his website.

Please note this event is for CDG Members only.

To register please complete the form on our contact page.