Despite being recognised in 2003 by the UK Government as an official language, BSL (British Sign Language) is yet to be granted any form of legal status. In spite of the BSL (Scotland) Act 2015, the New Zealand Sign language Act 2006, and the Welsh Language Act 1993, there currently fails to exist BSL equality and accessibility legislation that covers the United Kingdom as a whole. There are over 150,000 BSL users in the UK, around 87,000 of users are deaf and use BSL as their first primary language, for children who are born profoundly deaf often English is a secondary language. 150,000 individuals' right to access public information and services is inhibited. However, in the recent week, a new British Sign Language (BSL) Bill is well on its way to being brought before Parliament, after an Rosie Cooper MP successfully in a Private Members Bill Ballot, expressed their intention to bring the Bill before the Commons. To Parliamentarians and BSL campaigners, the Conservative Disability Group urges you to support the proposed British Sign Language Bill.

The proposed British Sign language Bill has a fourfold purpose; to make BSL an official language in the UK, to establish a Board to promote and facilitate the use of BSL, to state principles to guide the operations of bodies that provide public service, and to require bodies to promote and facilitate the use of BSL. This Bill references both the visual form of BSL and visual-tactile forms of BSL used and understood by deafblind individuals. The introduction of the proposed Bill will secure long-awaited benefits for those in the deaf community. David Buxton, British Deaf Association Lead Trustee highlights these benefits including; ’creating a board that answers to the Secretary of State and has the statutory function of promoting and facilitating the use of BSL, giving that board powers to issue guidelines that public bodies have to take account of and requiring public bodies to consult BSL users, widely promote BSL, using BSL in promoting services and providing information, and making information accessible to BSL users.’ The Bill proposes the introduction of a body corporate; The British Sign Language Council consisting of no more than 12 members appointed by the Secretary of State, comprised of a majority of Deaf signers in BSL that reflect the diversity and range of interests of persons, shall function to ensure the ‘promotion, protection and facilitating of the use of BSL’. The proposed Council shall hold an invaluable role in an advisory capacity ensuring that decisions are undertaken for the benefit of the public to preserve equality through the necessary inclusion of BSL. These Council aids include; ‘advise the Secretary of State on matters concerning BSL and also for the Secretary of State to make recommendations to the other relevant Secretaries of State; advise persons exercising functions of a public nature on the ways in which effect may be given to the principle that, in the conduct of public business and the administration of justice in the United Kingdom, the English language and BSL should be treated on a basis of equality; and advise those and other persons providing services to the public on the use of BSL in their dealings with the public.'

The proposed British Sign Language Bill provides a long-overdue stepping stone towards ensuring that British Sign Language is treated equally with the English Language in public business. The importance of BSL equality and accessibility is undeniable and unavoidable. The Conservative Disability Group is wholeheartedly behind the ‘BSL Act Now!’ campaign and calls for all individuals, organisations, groups, and Parliamentarians to show their support and join the campaign to secure the improvement of BSL recognition.

Written by Celia Hensman on behalf of the Conservative Disability Group 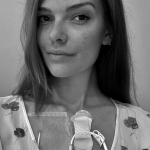 Celia Hensman is an experienced campaign manager, having worked on local, parliamentary and assembly elections. Alongside this Celia is a diversity and inclusion specialist consultant. Celia is working as an Ability2Win Director and managing the CDG's communications, digital streams and is our political editor.

The government has today published the National Disability Strategy, which aims to remove barriers for disabled people to participate fully in society.