About Lee Anderson MP - Lee Anderson MP is the CDG's Parliamentary Champion in the House of Commons. Lee Anderson was born and bred in Ashfield and went to John Davies Primary School in Huthwaite and Ashfield School in Kirkby. His entire traceable family comes from Ashfield. He comes from a family of coalminers and after leaving school he followed my dad into the pits and worked in the pits in Nottinghamshire for 10 years.

After leaving the pits he volunteered at the local Citizens Advice Bureau (Ashfield and Broxtowe) where he stayed for 10 years. He then went on to work in hostels for homeless care leavers, and then to the local MPs office for 5 years. At the same time he became a District Councillor for Huthwaite, after being a lifelong Labour member, he joined the Conservative party in early 2018 and then stood to be a District Councillor for the Conservative party and was successful. In December 2019 he was lucky enough to be elected the Member of Parliament for Ashfield.

He has two grown up sons, Charlie and Harry and lives with his wife Sinead and their Westie Alfie. He enjoys watching Mansfield Town FC play and Nottingham Forest FC. His plan for Ashfield is to create a level playing field for local people, to ensure that everyone has the opportunities they need in life to prosper. In October 2020. Lee was elected to be On the Future Relationship with the European Union Select Committee, the first time Ashfield and Eastwood have had a voice on such a Committee. 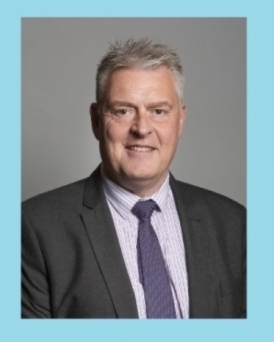