Peter Hand was elected the Chairman of the CDG in March 2018 and works in partnership with the Executive and others to help make the Conservative Party even more inclusive for disabled people. He has worked in the charitable and civil society sector for nearly 10 years in a range of public affairs and communications roles, working for some of the UK's best known charities in the fields of disability, health and social care, including the Royal Mencap Society, Leonard Cheshire and the Epilepsy Society. Peter is also a member of Mind, the UK's leading mental health charity.

He was also Deputy Director for a community interest company - Make Justice Work - in the field of criminal justice and the rehabilitation of offenders, advocating for robust and demanding community sentences as an effective alternative to expensive and largely unproductive short-term prison sentences to end the cycle of reoffending for lower-level offences. He continues to have strong links with the civil society sector advising on public affairs strategy and public policy.

Peter spent seven years as a Conservative Councillor for Brickhill, a suburban ward in the north of Bedford, as a member of Bedford Borough Council, elected aged 23 on his third attempt. During that time he was the Cabinet Member for Sustainability, working in a cross-party cabinet and was appointed to the role by the independent directly elected Mayor, the late Frank Branston.

He also spent four years as a County Councillor on Bedfordshire County Council, gaining a seat off the Liberal-Democrats and was elected as the youngest member aged 26. As a councillor Peter had a particular interest in the provision of social care support to ensure working age disabled people could live independently and the provision of accessible local housing for disabled people.

He also served as a Governor for the local state school which he previously attended as a student, was Chairman of the local community centre management committee and a member of his local urban Parish Council.

He has previously worked in the Houses of Parliament, for Members of the European Parliament and for Conservative Central Office (CCO) as it was formerly known. A member of the Conservative Party for over 20 years, he is also a former Chairman of Aberystwyth University Conservative Future (CF), was the Area Chairman for Bedfordshire & Cambridgeshire CF and graduated in International Relations (IR) from the University of Wales, Aberystwyth.

He is also a member of Bedford Rowing Club and is a volunteer for some of their sporting events. 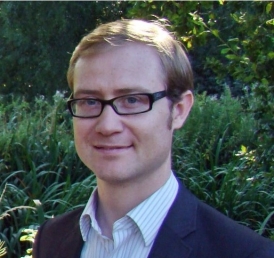