Leonard Amos (Len to my friends) I am 63 years of age and married 16 years to my wife Marion.

In 2009 following a work accident I was diagnosed with a rare condition called CIDP, and remitting MS both conditions attack the body’s immune system. In 2016: despite having a disability I was privileged to have worked with Sir Gerald Howarth’s cross-party ‘Leave’ campaign during the referendum, and given the responsibility of leading the campaign in Fernhill which resulted in a successful leave result. It was during this period that Sir Gerald and our recently elected MP Leo Docherty convinced me that I should join the Conservative Party, recognizing that I espouse many key Conservative values: individual liberty; choice; fundamental rights for all, regardless of race, gender or background; the importance of family; providing a safety net for the most vulnerable while empowering people to be independent. In 2019 I joined the Conservative Disability Group becoming a member of the executive in 2021

My name is Leonard Amos I joined the CDG late 2019 and recently elected onto the CDG executive and I look forward to working with you all . 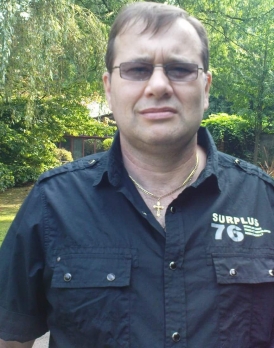